Maintenance, Money, and the State of Facilities

Maintenance, Money, and the State of Facilities 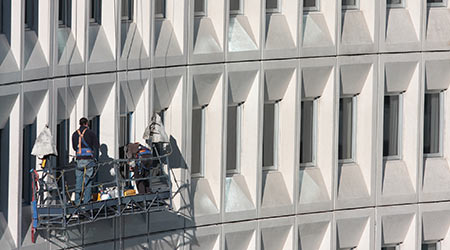 Maintenance and engineering managers know all too well that deferred maintenance of institutional and commercial facilities is a silent threat. A component or system can operate for years with few or no obvious problems — until it suddenly becomes a major headache, and often at the worst possible time.

Other components of the nation’s infrastructure are no different, as city officials and the managers of New York city’s subway system are finding out the hard way after a recent series of breakdowns, track problems and even derailments derailment, leading to rush-hour meltdowns and widespread delays “One of the weirdest aspects of all this is that the problems seemed to come all at once, out of nowhere,” according to an article in The Atlantic magazine. “The subway was mostly fine! But, then, it was most definitely not.”

One observer expressed the frustration over the need for greater investment in the system’s maintenance that every facility manager understands all too well: There is no political capital in doing preventive maintenance.

“The consequence is that systems deteriorate much faster,“ says says Andrew Natsios, former chairman of the Massachusetts Turnpike Authority. “No one gets elected for voting for preventive maintenance. It’s very sad.”

Read next on FacilitiesNet